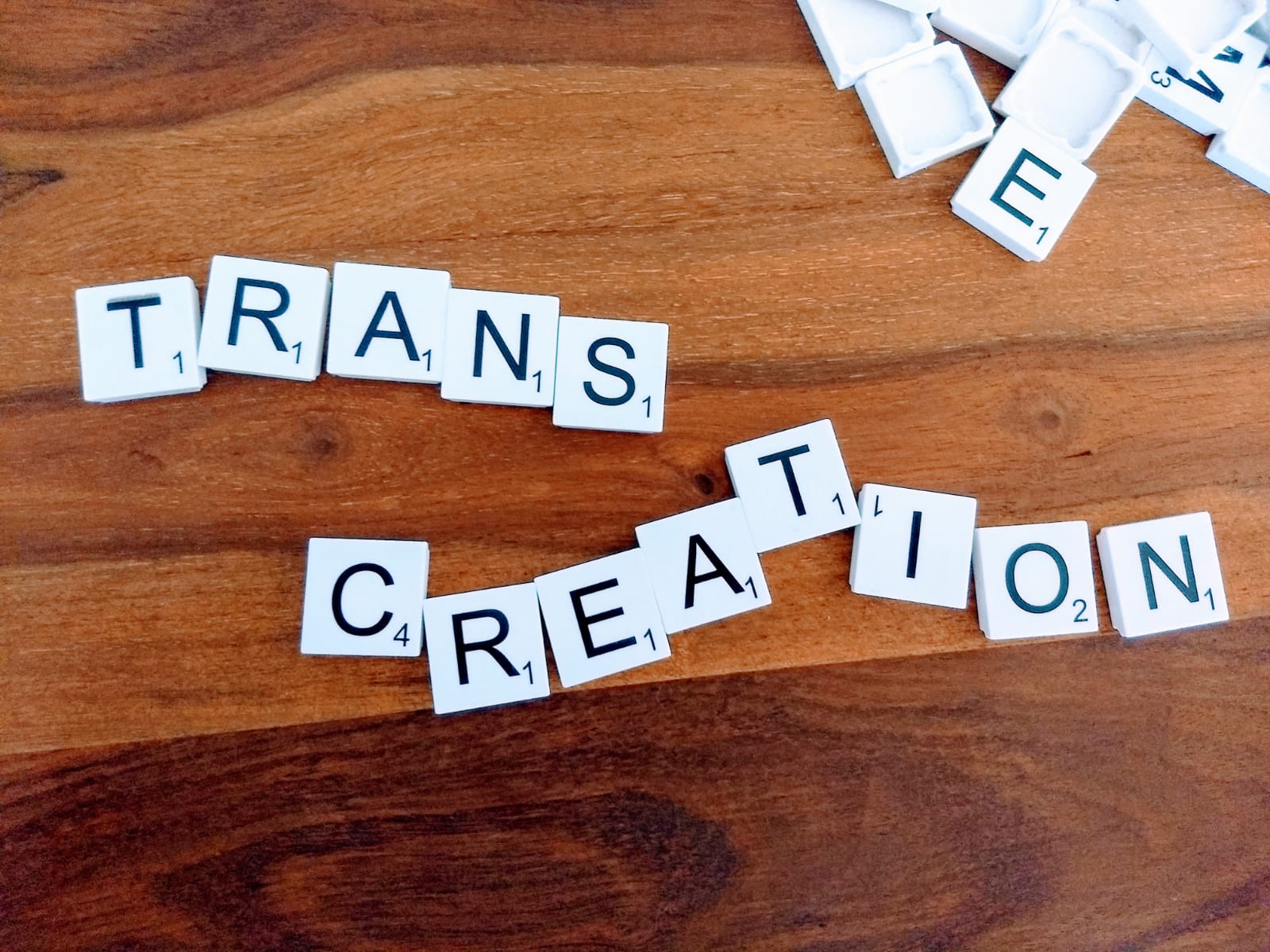 Neither translation nor localization: What exactly is transcreation?

Although transcreation is becoming an increasingly popular service, many struggle to understand what it actually entails. Is it like creative translation? What does it have to do with copywriting? And how is it any different from localization? We try to make sense of all these confusing terms.

It’s a phrase we hear often when we speak to colleagues, friends, and clients about our favorite service: transcreation. Responses range from “Did you mean to say transcription?” to “Does it have something to do with the word ‘transgender’?”. We’ve heard it all. And truth be told, we’re aware that “transcreation” isn’t all that easy to pronounce at first. Perhaps a more sophisticated neologism would have been better suited to describe this elaborate service.

But the fact that the word “transcreation” is starting to become commonplace throughout the world is also positive. After all, the term sums it up perfectly. That’s because a transcreation is a mix of two different services:

Transcreation combines elements of translation and creation (or copywriting). In other words, a text is translated into another language as though it had been copywritten for the customers in that specific country or region. And here copywriting means more than just writing: It involves crafting a message with a specific target group in mind, one that appeals to readers and persuades them to put their trust in a company or purchase a certain product.

In the following paragraphs, we look at how transcreation differs from standard translation.

a. Translation: as accurate as the original

Translation involves the conversion of a written text from one language into another. If you were to place both texts side by side, you would see that all the information is exactly the same in both language versions.

Here is an example of a typical candidate for translation:

A software provider needs to have a user guide for their latest application translated into another language. This requires absolute precision as otherwise misunderstandings and a rise in incoming customer support requests will be inevitable. To ensure users are able to follow the instructions quickly and independently, the translation must use expressions correctly and each piece of information must be conveyed with the utmost accuracy.

Conclusion: A translation is required for all texts that primarily aim to inform a reader, e.g. manuals and help articles, as well as legal or academic documents.

b. Transcreation: as effective as the original

Transcreation also involves the rendering of a text from language A to language B. However, the translation is not linear but focused on conveying the underlying message and achieving the same effect. If you were to place both texts side by side, you would quickly see that the content of the original and the target text sometimes differs considerably.

How about an example, you say? Let’s look at the now-classic slogan used by German electronics store chain Saturn:

Whether you like the slogan or not, it is universally recognized in the German-speaking world where it is instantly linked to electronic goods sold at bargain prices. But how should we go about translating it into, say, English?

Linguistically, there is nothing to fault. And yet even the untrained eye can spot that the English version is not as effective as the German original. This is partly down to the alliteration of the German slogan, which gives it that extra flair.

But even if we were to go for a slogan that rhymed (“Stinginess is awesomeness”), the message still wouldn’t be as catchy and effective as in German. We need a completely different formulation that reflects what the company offers but aims to preserve the emotional impact of the original slogan.

Conclusion: Transcreation is the right solution for those texts whose main objective is not to inform but to convey a specific emotional message and encourage a specific action, e.g. advertising that aims to generate enthusiasm for a product or PR copy designed to present a company in the best possible light.

Can’t we just call it “localization”?

Transcreation is also sometimes mistaken for localization. As both approaches focus on culturally adapting the target text to the target market, this can, of course, easily cause confusion. But each involves a different method.

Localization is the process of adapting content or a product to the respective market. This means not only ensuring accuracy, as is the case with translation, but a text that complies with the cultural conventions of the target country. Here are a few examples:

Conclusion: As well as translation, localization takes into account cultural associations, such as currencies, units of measurement, and clothes sizes, along with certain expressions or references specific to a certain territory, to ensure that the text makes sense on the target market. User interface options for software, product details for online stores or video and film content are prime examples of text requiring localization.

Transcreation goes one step further than localization: Individual elements are still adapted, but a transcreated text may also depart completely from the source text if it is deemed necessary to effectively convey the underlying message. This process is suited to content focused on achieving a certain effect, such as copy used in branding and advertising.

Is transcreation similar to copywriting?

To a certain extent, yes. After all, each transcreation requires a hearty dose of conceptual thinking. But the difference is that copywriters design and write content from scratch with the respective target group in mind. The basis for this is always a brief in which the copywriter works together with the client to establish the objectives, the target audience, the desired tone of voice and the effect. Transcreation specialists also work with a brief when transcreating, but they have access to the original text, which they must stick to as closely as possible, presenting them with an additional challenge.

Transcreation – a combined service for advertising and emotive copy

As we have seen, transcreation is multifaceted and encompasses several services. Translation, localization, and transcreation are all geared towards creating a premium-quality text that is easily comprehensible for the target market. Knowing which service is right depends on each specific project. If a text is designed to elicit a response from the reader, for instance, getting them to make a purchase or sign up to a service, then transcreation is clearly the right way to go. So if a text needs to have a specific impact, you need a mix of translation and copywriting: Time for a “Trans-Creation”.

Copyright © 2021 Saramatik - Sarah Di Fausto & Magali Karee
Website designed by Websites for Translators
We use cookies on our website to give you the most relevant experience by remembering your preferences and repeat visits. By clicking “Accept”, you consent to the use of ALL the cookies. Read More
Cookie settings
ACCEPT
Manage consent

This website uses cookies to improve your experience while you navigate through the website. Out of these, the cookies that are categorized as necessary are stored on your browser as they are essential for the working of basic functionalities of the website. We also use third-party cookies that help us analyze and understand how you use this website. These cookies will be stored in your browser only with your consent. You also have the option to opt-out of these cookies. But opting out of some of these cookies may affect your browsing experience.
Necessary Always Enabled
Necessary cookies are absolutely essential for the website to function properly. These cookies ensure basic functionalities and security features of the website, anonymously.
Functional
Functional cookies help to perform certain functionalities like sharing the content of the website on social media platforms, collect feedbacks, and other third-party features.
Performance
Performance cookies are used to understand and analyze the key performance indexes of the website which helps in delivering a better user experience for the visitors.
Analytics
Analytical cookies are used to understand how visitors interact with the website. These cookies help provide information on metrics the number of visitors, bounce rate, traffic source, etc.
Advertisement
Advertisement cookies are used to provide visitors with relevant ads and marketing campaigns. These cookies track visitors across websites and collect information to provide customized ads.
Others
Other uncategorized cookies are those that are being analyzed and have not been classified into a category as yet.
SAVE & ACCEPT